The production cut agreement that OPEC closed last year in a bid to improve oil prices could be extended for more than six months, Saudi Arabia’s Oil Minister Khalid al-Falih said at the Asia Oil and Gas Conference that opened today in Malaysia. 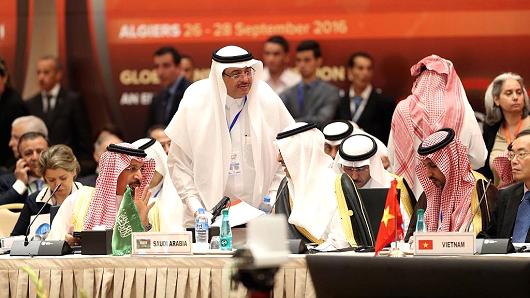 “Based on the consultations I have had with participating members I am rather confident the agreement will be extended into the second half of the year and possibly beyond. The producer coalition is determined to do whatever it takes to achieve our target of bringing stock levels back to the five-year average,” the Kingdom’s top oil man said.

The comment comes after crude oil recorded one of its worst weeks in recent months, with West Texas Intermediate dipping below US$45 a barrel on Friday – the lowest since August last year. Although Al-Falih’s comments should have sprinkled some water on the wilting hopes of oil bulls, prices have yet to reflect this.

It is possible, however, that the positive effect will be transitory, as the signals coming from the U.S. are unequivocal: production is growing and it will continue to grow. The U.S. is not the only producer intent on continuing with the ramp-up. Iran is also eager to boost its crude production, planning to expand its daily production capacity to 5.7 million barrels.

OPEC is meeting in Vienna on May 25th to discuss the extension, and analysts seem to be unanimously agreed that it will approve the extension. Several cartel members have already declared their support for the extension, including exempt Iran and Nigeria, as well as Iraq and Kuwait, and there don’t seem to be any obvious factors that could justify an end to the cut at the initial deadline, June 30th.

However, worry remains that even an extension will do no good—or little good—as U.S. oil output continues to rise, with the Energy Information Administration forecasting the 2017 daily average at 9.2 million barrels, rising to 9.9 million bpd in 2018.

2020.05.22
17
Shell offers staff voluntary severance pay
As the price of a Brent barrel is trading at nearly half of what it was at the beginning of the year…

2020.05.18
886
Oil highest since March as Chinese demand reaches 13 MMbpd
Oil rose to the highest in two months as demand in China returned to near pre-virus level and output…
Market quotes are powered by TradingView.com