OPEC's goal was to keep a floor under current prices but the market expected the cartel to move prices higher through inventory reduction. OPEC was satisfied with greater revenues from higher prices compared to a year ago, but the market wanted deeper production cuts. OPEC takes the long view but the market is concerned with the near term. OPEC extended the cuts and the market reacted with lower prices.

Analysts have created the unfounded but widely accepted belief that OPEC has a strategy that involves a price war with U.S. tight oil producers and a play for greater market share. The cartel’s inaction before last November's production cuts reflected an unwillingness to repeat the mistake of cutting 14 million barrels per day between 1980 and 1985 with little effect on world over-supply and financial damage for OPEC members.

OPEC's  members have disparate needs and interests. They are not unified behind any mission statement or over-arching principles except to maximize revenues and minimize losses. IEA calculated that recent production cuts earned the cartel an additional $75 million per day year-over-year in the first quarter of 2017. It also was a gift to competitors so the idea of making deeper cuts had no cost benefit. 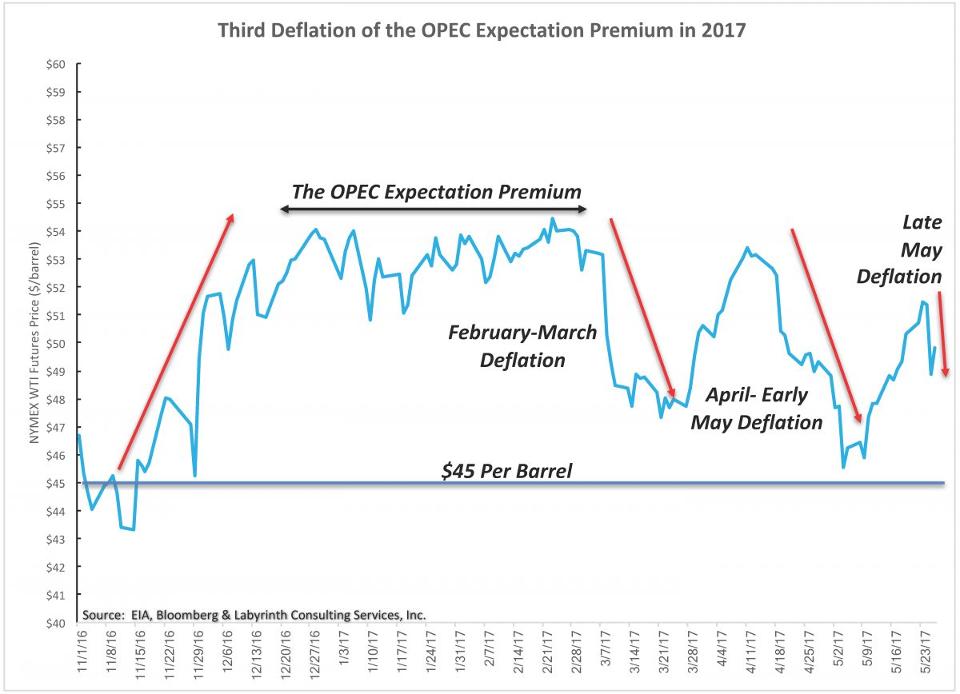 2020.07.10
35
Total looks to South Africa for offshore frontier opportunities
Total SA has deployed a rig to South Africa to look for more oil near a massive discovery, in a rare…