Components of the drill string

Th e drill string assembly consists primarily of the kelly, drill pipe, bottom hole assembly (BHA), and drill bit. The drilling fluid and rotational power are transmitted from the surface to the bit through the drill string.

Below Figure-1 shows the usual arrangement of drill string components and bit. The drill pipe section contains conventional drill pipe, and heavy weight pipe. The drill pipe is attached with a square or hexagonal pipe called kelly at the upper end of the drill string. Th e BHA may contain the following items such as: i) drill collars, ii) stabilizers, iii) jars, iv) reamers, v) shock subs, and vi) bit sub. In addition, the drill string may include shock absorbers, junk baskets, drilling jars, reamers, and other equipment. There are some special tools in the BHA or drill pipe, which may include monitor-while-drilling (MWD) tools, and drill stem-testing tools. Finally there exists drill bit at the lower end of the drill string. Heavy walled large-diameter drill collars furnish bit load.  >> More Information <<

Figure 1: Components of the drill string. 2021.09.11
204
The connection to the bit
The driller must drive and control the working of the bit from his position at the collar of the hol… 2021.09.10
65
Vibrating methods of coring
These methods are used mainly for geotechnical, environmental, or archaeological sampling, and are i… 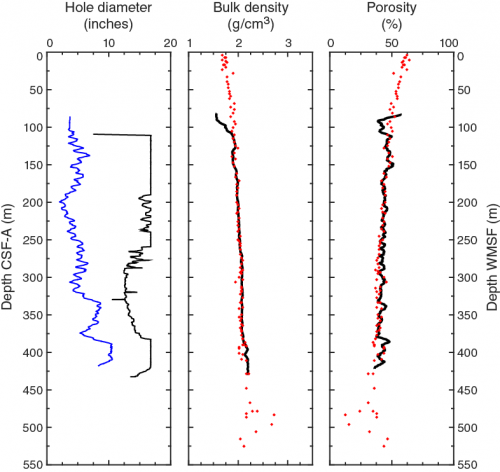 2021.06.24
8 897
Wireline Recording Formats
Wireline logs are a graphic representation of various tool responses with regards to depth. In order…
Market quotes are powered by TradingView.com